Consumers love Amazon. They also love Whole Foods. Judging from the hyperbole surrounding last week’s acquisition announcement, however, one might assume the world was coming to an end with the combined entity swallowing us all.

The New York Times took it farthest, in an op-ed article on Wednesday, with an explicit call for the Federal Trade Commission to reject the deal on anti-trust grounds, along with an exhortation for “lawmakers” to go even further in clamping down on Amazon.

How fair is this accusation?

There’s No Abuse of Monopoly Power

Some observers, like Lina Khan, a legal fellow who wrote the article, worry that Amazon is already a monopoly and that abuse is inevitable. The analogy is made to railroads in the robber baron era that used their connective power in the newly industrializing economy to squash competition and reap bigger profits – an evocative villainous image.

By the early 20th century, however, railroad capacity was excessive, profits were thin and line abandonment had become a bigger problem than price gouging. Railroads then consolidated for largely the same reasons that big consumer packaged goods companies are consolidating now – slow organic growth in a saturated market creates competitive pressure that drives down prices and margins. In both cases, consumers win with faster, better and cheaper products and services.

True monopolies like Oracle in databases and Comcast for internet services do, in fact, have pricing power that can be abused. For consumers this is felt in the form of bad service and creeping charges on telecoms bills. For businesses it means aggressive sales tactics and usage audits dropped on IT departments.

Amazon customers experience nothing of the kind. In fact, the whole pricing model is based on matching lowest prices available anywhere else.

The other question is whether Amazon is anywhere near being a monopoly in the first place. It handles 43% of US internet retail sales, which is a lot, but keep in mind that this still accounts for only 8.5% of all US retail sales. This means Amazon commands less than 3.7% of American retail. Walmart, for comparison, is three times as big.

Alarmists also tend to fret about Amazon’s forays into other areas like movie and television production, book publishing, cloud computing services and personal electronic devices. Far from being evidence to support the monopoly label, however, these initiatives signify innovation and diversification, not concentration.

In cloud computing, for instance, Amazon competes with Microsoft, Google, Facebook and Oracle. In content it competes with all of Hollywood. In publishing it challenges an older generation of gatekeeper (Hachette and the New York publishing monolith) with a new route to market for writers. And in electronic devices it goes head to head with Apple.

Everywhere Amazon goes it picks fights with some pretty big kids in the playground. Does this make it a bully or a hero?

The ironic thing about the Whole Foods deal is that grocery – and, in particular, fresh food – has been especially difficult for e-commerce to tackle. NYT contributor Lina Khan laments that now Amazon will “extend its dominance into physical retail – using stores for pick-up, for example”. 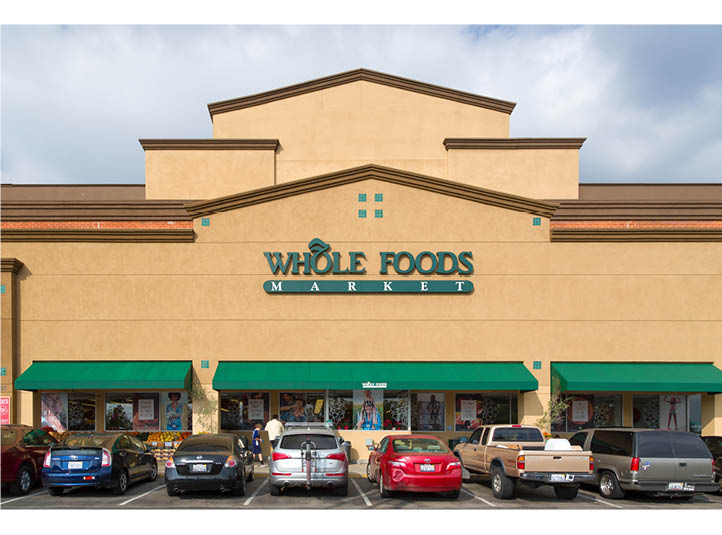 To me, this sounds like an appropriate extension of what consumers already love, which is convenient shopping, wide selection and low prices. The tie-up simply accelerates omnichannel retailing, which is clearly winning with double-digit growth compared to flat or shrinking sales for the rest of grocery retail.

The losers in this scenario, Khan claims, are “rival grocers and food delivery services”. Yes, perhaps, but since when is it the role of anti-trust regulators to protect businesses? Should we outlaw Uber to protect cab drivers? Should we have limited auto production to keep blacksmiths in business? Should kerosene and then electric light have been restricted to defend the whaling industry?

Amazon plays hard, but fair. There is nothing holding its customers in place other than satisfaction perpetuating loyalty. In fact, as I have argued in the past, the one constant in Amazon’s apparent business strategy is its drive to corner customer demand.