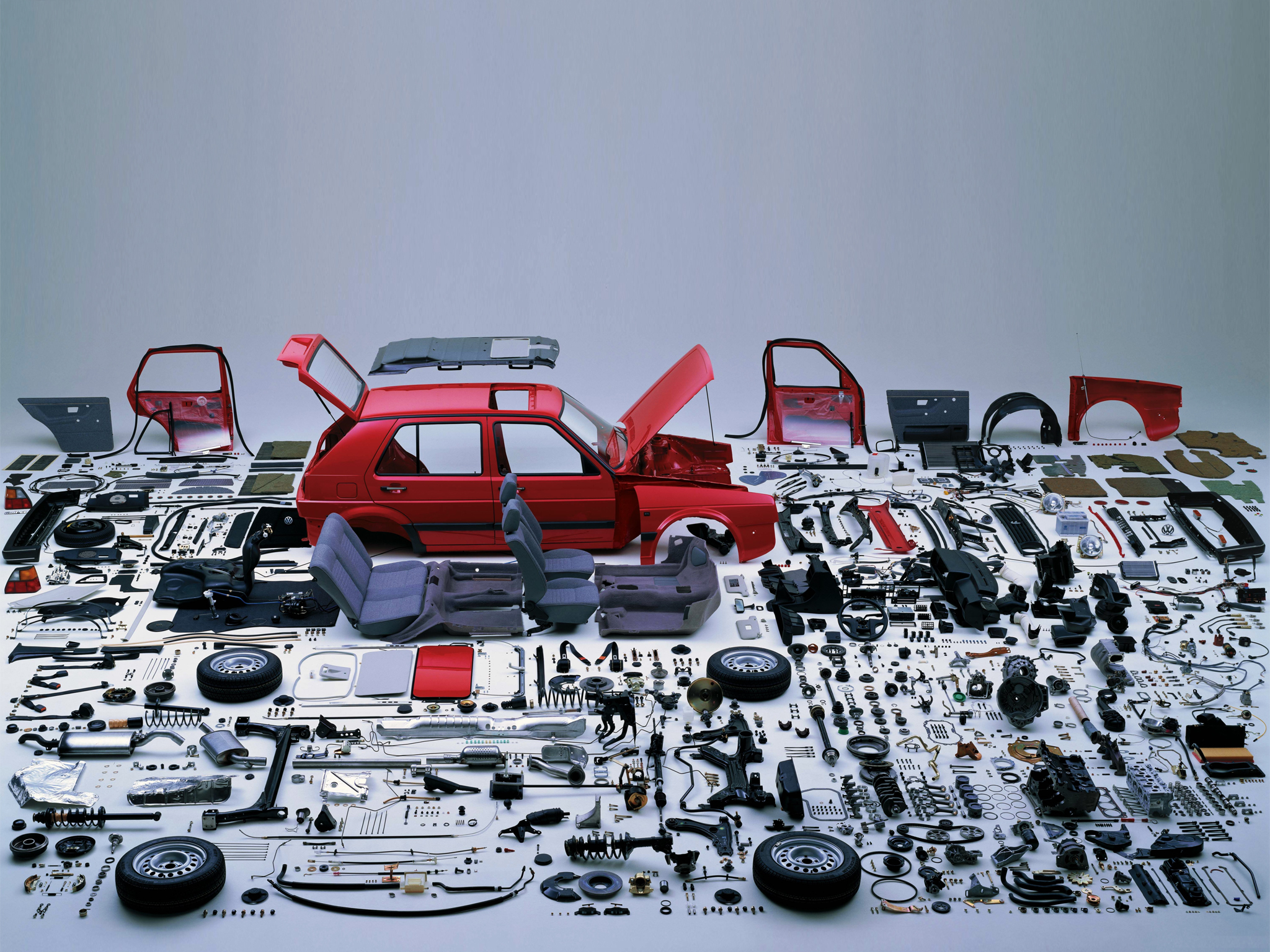 … because it’s a terrific metaphor for complex systems – and the challenge of assembling them. Lately I’ve been using this figure as a metaphor for complex end-to-end IoT projects, and the challenge of integrating them. My point is simply that you wouldn’t expect to assemble this car (in case you’re interested, a Volkswagen Golf) using just a crescent wrench, so likewise you shouldn’t expect to integrate end-to-end IoT projects using just RESTful API’s.

Now don’t get me wrong – I have nothing against API’s. They are the defacto choice for interoperability between distributed components in most innovative IT projects lately, particular those involving mobile, cloud and IoT. And I predicted the wide-spread adoption of API’s in B2B, even in traditional B2B contexts (e.g., By 2018, the 10 largest B2B networks will have evolved into API networks – see Predicts 2014: Nexus of Forces Drives Evolution of Integration Strategy).

But the point I am making here is that RESTful APIs – alone – often lack all the capabilities you need to address functional gaps and to scale up end-to-end IoT projects. When you discuss back-end system integration with an IoT solution provider and they say, “We have an API for that”, don’t be seduced by the idea that API’s, alone, will address all your needs. Consider:

What am I missing? Regardless, the take-away here is that indeed – Yes! – go ahead and adopt an “API First” approach to interoperability for your IoT projects and – Yes! – in many cases simpler, smaller-scale IoT projects can be successfully deployed and integrated using just RESTful API’s As-Is. But in the same way that a crescent wrench – alone – likely isn’t enough to assemble a car, so too RESTful APIs – alone – likely won’t address all your IoT integration needs.  As IoT projects proliferate, become more complex, and scale up also be prepared to leverage some form of integration middleware to address functionality gaps.

As I wrap up work on my Building IoT Solutions and Best Practices in IoT Integration presentations for Gartner Symposiums in Orlando and Barcelona, and also for our AADI event in Las Vegas this December, I look forward to discussing IoT Integration and many other integration challenges with our attendees — see you soon!

In the age of APIs why do 2 million companies interact via B2B networks? (Hint: “B2B Tower of Bable”)