Traditional identity and access management frameworks are no longer scalable, and commercial systems are at a breaking point for users.  We explore this subject in our just-published Predicts 2023: Users Take Back Control of Their Identities With Web3 Blockchain

Various solutions – ranging from centralized password managers to federated identity management – have failed to gain adoption since Bill Gates predicted the death of passwords in 2004.

Traditional password-based security is headed for extinction, said Gates in 2004, because it cannot “meet the challenge” of keeping critical information secure.

Things have only gotten worse and critical information has become even less secure in the past two decades, but

See Figure 1 below from Guidance for Decentralized Identity and Verifiable Claims by Homan Farahmand  which describes the wallet component of this architecture: 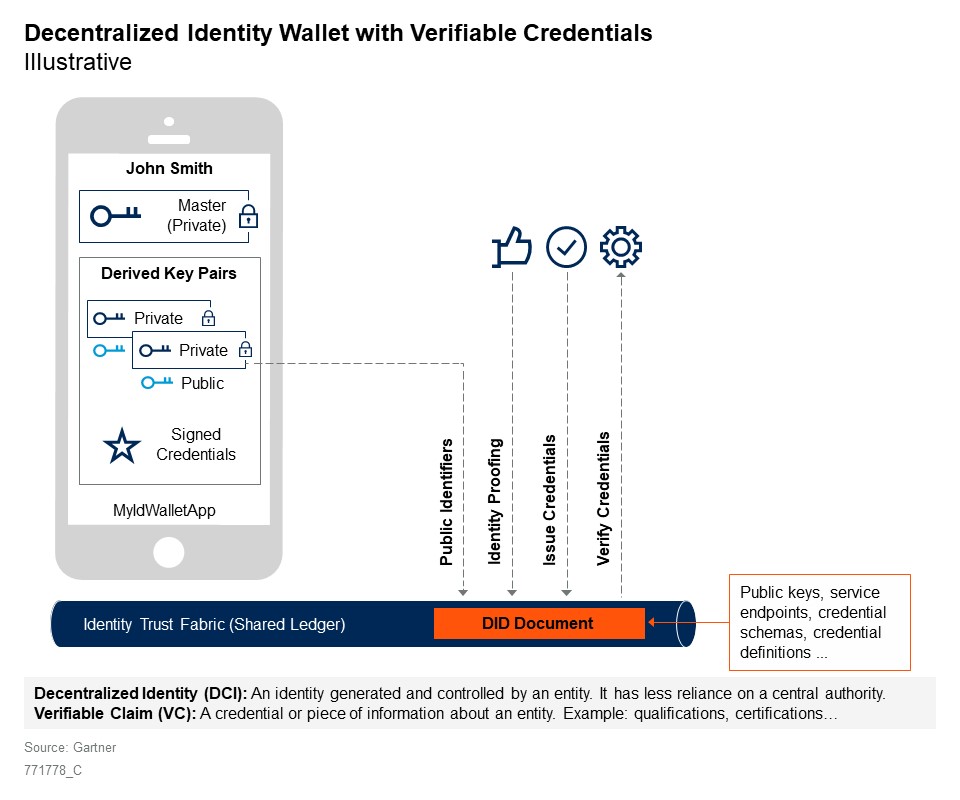 Predicts 2023: Users Take Back Control of Their Identities With Web3 Blockchain lays out a roadmap for how Web3 DCI will enable user control of identity data, while supporting verifiable credentials from Web 2.0 IAM systems they interact with.

For this to occur, organizations must support their IAM processes from new Web3 DCI frameworks. At the same time, Web3 ‘killer’ applications that require identity management must gain widespread adoption. This is a tall order – and our predictions count on it happening over time. Unique innovative DCI tech solves numerous identity and authentication challenges of systems that are broken today.

Here’s what co-authors Michael Kelley  Akif Khan and I predict in our report:

Use Cases Rolling Out

We are already witnessing promising production implementations that support this paradigm shift. In Spain the wildly popular  Cadiz C.F. Soccer Club implemented decentralized mobile identity wallets  that give fans password free access to the club’s digital services and physical access to the stadium.  Users own their identity data and decide when and what to share with sponsors and advertisers.  This implementation, developed by Wise Security, is based on industry standards, so fans will be able use the same credentials at different service providers who accept them.

Our advice to enterprises:

Blockchain Finance Grows up in Davos

How can you trust ChatGPT or any other model for that matter? AI TRiSM