Blockchain will be used within the next five years to power use cases with tremendous social value including helping to stop the spread of fake news and video content and opening ecommerce and financial markets to the world’s unbanked population. But first, blockchain technology must mature so that it can support these transformational and other use cases.  This analysis was recently published in our report Predicts 2020: Blockchain Technology that delves into what must occur for these predictions to come true.

Here we single out just one prediction:

By 2023, up to 30% of world news and video content will be authenticated as real by blockchain countering Deep Fake technology. 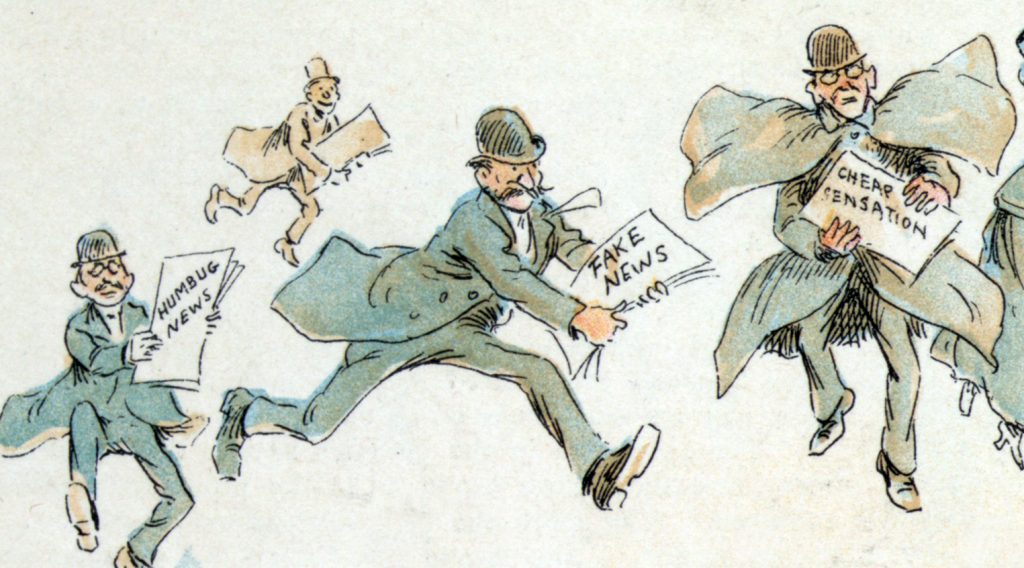 Today’s environment is troubling  – we live in a totally different reality from many of our neighbors, colleagues, family members, and acquaintances. There are many reasons for that, but one major cause is external manipulation of our perceptions. After all, reality is what you perceive.

And this manipulation is a direct result of algorithms controlled by “Internet Gatekeepers” who filter our news/information feeds while promoting content that drives their own advertising revenues.

Fake news and information manipulation is a huge threat to society and democracy. But there are promising signs this problem can be solved in part by new technologies. After all technology and the people and organizations that know how to leverage it got us into this mess, so it’s no surprise that new technical capabilities can provide the antidotes to get us out.

The Decentralized Web a.k.a Web 3.0

With Web 3.0 based on blockchain protocols, consumers/end users own their own personal information and their own algorithms that filter their interactions with the outside world.  See Blockchain’s Big Bang: Web 3.0

Web 3.0 will help eliminate the fake and manipulated news in two ways:

Dorsey acknowledges the emerging challenges of centralized solutions, e.g. “centralized enforcement of global policy to address abuse and misleading information is unlikely to scale over the long-term without placing far too much burden on people.” (Side note – I wonder if his competitors have the same progressive vision).

Dorsey refers to an insightful article on this type of protocol, Protocols not Platforms: a Technological Approach to Free Speech that explains “A protocol-based system, however, moves much of the decision making away from the center and gives it to the ends of the network. Rather than relying on a single centralized platform, with all of the internal biases and incentives that that entails, anyone would be able to create their own set of rules—including which content do they not want to see, and which content would they like to see promoted…”

In sum, a decentralized social network platform could still feed you distorted sensational news, but presumably ONLY if that’s what you choose to read. With blockchain provenance you could also be assured for the source for that news.  In the end it will be your purposeful choice to read fake news from ‘bad’ actors.

2. Blockchain can track the provenance of news (text or video content) so that consumers of the content know where it came from and are assured it has not been altered. Our “Predicts” research note explores different industry efforts in this area such as the News Provenance Project spearheaded by the New York Times working with the IBM Garage. The Associated Press also built a PoC showcasing this technology with Orbs, a startup blockchain vendor. (See  Cool Vendors in Blockchain Technology )

The News Provenance project aims to establish and track content provenance that travels with the content (video, photos for now) and which will be viewable by consumers in a trustworthy manner. “Contextual metadata” will be stored on the blockchain, including when and where a photo or video was shot, who took it and information on how and when it was edited and published.

No matter what side of the fence you find yourself on, one thing everyone agrees on is that we don’t want to be manipulated by algorithms we have no control over.  We also want to trust the provenance of our news sources.  This need extends well beyond news and video content to food, electronic components, luxury goods, intellectual property, and most everything we interact with.

The Decentralized Web is a ‘must have’ for a viable future. Without it, we will never be sure of anything we hear, read, or otherwise consume – and that will make for one ‘weird reality.’

Web 3.0 and blockchain protocols can give us truth in a trustless world.