We have all seen the video of the bleeding man being dragged from his United Airlines flight. We’ve seen all the social media rage. We’ve endured debates over whether it was the fault of employees, poor corporate policies, an unruly passenger or bad judgment on the part of a police officer put in a no-win situation.  And we’ve read the articles critiquing United’s communications about the situation.

But at the end of the day, will this damage United’s business as some claim? The answer is no and yes and is a customer experience lesson for business leaders.

No, It Will Not Harm Demand for United’s Flights 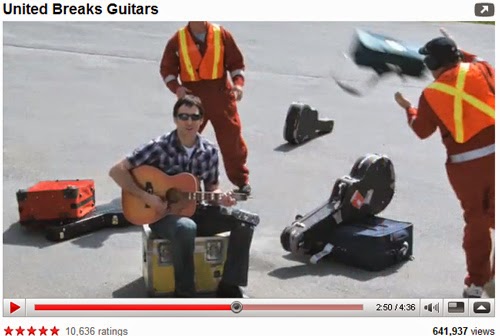 For all the breadth and depth of emotion, this situation is unlikely to cause people to change their airline purchase behaviors. We know this because this is hardly the first time an airline has faced this sort of social media backlash. Heck, United Airlines is the prototype for precisely this circumstance!

“United Breaks Guitars” was one of the first stories any of us heard about the power of social media and how it was changing brands. In Spring 2008, Dave Carroll got off his United Airlines flight and found his Taylor guitar damaged. He spent nine months trying to get the airline to make it right, and in frustration, he wrote a catchy tune and produced a funny YouTube video recounting his story. It went viral, and United belatedly offered Carroll compensation.

To professionals in the nascent field of social media, Dave Carroll was not just a skilled and creative guy whose unique talents and situation permitted a special way to elevate his gripe. He became, instead, a powerful everyman, effortlessly wielding free social media tools to battle a corporate behemoth. Goliath had been felled by a YouTube David.

A thousand blog posts and articles waxed poetic about the damage suffered by the brand, but did United pay the price? If so, it is hard to see.  If you evaluate United’s stock following this PR crisis, you find that in the six months following the release of Carroll’s video, the company’s stock outperformed competitors’ by more than 100%.

Over the years, I have spoken to dozens of audiences and stood in front of thousands of people and asked a simple question:

As a result of seeing the “United Breaks Guitar” video (and not because of your own personal experiences), have you ever opted for a more expensive or less convenient itinerary to avoid flying United?

Not one person has yet fessed up to altering their purchase behaviors as a result of seeing the video. You’re not surprised, are you? After all, you saw the video, and you did not change your airline purchasing habits, either. In the end, we all buy airfare the same way, choosing whichever carrier offers the route from Point A to Point B that is cheapest, flies at the right time, is easiest, and provides the right loyalty miles. If you hate and avoid United, it is because of your own experiences and not because of a musician’s YouTube video.

Does this mean United’s PR crisis this week is meaningless? No, because while (virtually) no one will change their flying habits…

Yes, It Will Raise United’s Costs

Even if not one person changes their airfare purchase behaviors, this event will still be costly to United. Those who work in crisis or reputation management know that it takes very little for a large corporation to ring up a seven-figure tab responding to, managing and combatting a serious PR crisis.

This week, at United Airlines:

All of this means that thousands of employees at United and its agencies are running up a bill that can easily top seven figures. In fact, if every one of United’s 86,000 employees lost an average of just a half hour of productivity, that likely cost the company more than $2,000,000. And for what?

This Could Have Been Avoided With Better Customer Experience Processes

I used to work in the travel industry. I know that revenue management is incredibly important and challenging. And I understand that airlines must overbook planes. People miss flights, and airlines’ margins are thin. In the last five years, United Airline’s profit margin has averaged under 6%, which means a flight with as few as five to ten seats vacant could lose money.

Ultimately, however, this is not an issue of revenue management; it is a matter of customer experience. What do customers expect? What is the value of meeting those expectations? And what risks and costs can be avoided by doing so?

United Airlines brought logic and policies to an emotion fight. The company did not seek a negotiated agreement to make all parties happy but instead set in motion a process that resulted in the police injuring a customer whose crime was wanting to use the product or service for which he paid. In the eyes of many, the company compounded the situation by offering measured, careful, logical, corporate statements in response to a situation that captured the passion and anger of many.

This all could have been easily avoided, of course. The airline could have raised its rebooking offer until the required number of passengers agreed to be bumped to another flight. For another $500 or so, United could have made every customer happy, avoided millions of dollars of costs and evaded reputational damage. Customer experience management is the right thing to do, not simply because making customers happy is nice but because maximizing loyalty, improving reputation, minimizing costs and reducing risks is what shareholders demand.

Some will argue, not without merit, that the passenger’s actions and behaviors in that video were outrageous. Others will suggest, quite appropriately, that brands cannot be “held hostage” to every consumer’s whims. Neither argument is incorrect, but brands don’t win by being right; they win by earning strong relationships. And the outcome of smart customer experience management is not just purchases and revenue; it is also trust and forgiveness. Few airlines have earned the trust or forgiveness of customers tired of being crammed into ever smaller seats while being asked to pay for things that used to be free.

Brands that rely solely on the protection of the law, contracts, or terms and conditions and not also customer experience put themselves at needless risk. Airlines may have the right to limit their offers in overbooked situations, involuntarily bump passengers, and have them physically removed by law officers, but no brand can hope to win the customer or shareholder with that customer experience.

Airlines may have little opportunity to provide astounding customer experiences given industry challenges. And they may suffer little by way of lost revenue from PR crises such as this week’s kerfuffle. But every brand can win from sound customer experience management processes, because reducing risk, earning trust, and doing what’s right is never wrong.

What Brands, Companies and Leaders Do That Encourage Buycotts and Boycotts: Social Justice and Marketing Part 4

Download the third issue of The Chief Marketing Officer quarterly...