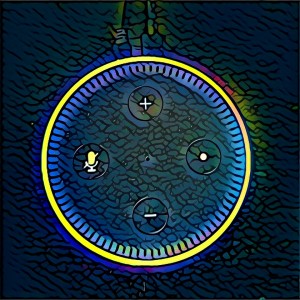 Source: Me and Prisma

Being an early adopter has its drawbacks, but it provides one an interesting lens through which to view the customer experience challenges of truly revolutionary products. Consumers’ rapid and eager embrace of Facebook, Instagram and Snapchat have lured marketers and other business leaders into expecting swift adoption curves for each new wave of technology. But it is important to remember that the accelerated acceptance and use of those software solutions could only have been enabled by a massive base of implemented hardware–and that hardware took a much longer and more tortured route to mass adoption.

Does My Experience of Purchase and Abandonment Match Yours?

I was pondering the customer experience of hardware recently while recalling all of the purchases I have made and abandoned in recent years. I am sure I am not alone in these experiences.

Three years ago I bought a smartwatch. I wore it for a couple months, got annoyed, and gave it away. It was clunky, slow, difficult to manage, had poor usability, and the battery life was disappointing, but the real killer was that it didn’t add anything my smartphone wasn’t already providing more easily and effectively.

Two years ago I bought a fitness wearable. It broke once, I fixed it, it broke again, and I abandoned it. Besides being poorly constructed, it had limited functionality, and the data it collected seemed wildly unreliable, but the real killer was that I got nearly as much value from using the free mobile app to track my exercise as from having the fitness band do it.

Last year I got an Oculus Rift. I played with it, got bored, and now I touch once every week or two–not completely abandoned, but almost. The head-tracking rocked and the 3D was great, but the real killer was that the games available for my old-fashioned monitor were leaps and bounds more engaging than the relatively crude options available through the Oculus Store.

And three months ago, I purchased an Amazon Alexa Dot. It does a few things very well–the device is perfect for playing music on demand and as a party novelty–but I am using it less and less because it doesn’t do many things well. The real killer was that I expected it to be fully functioning and intuitive out of the box, but instead, users must add “skills,” the installable apps for Amazon Alexa devices. Apps are great on my phone, where I can see and interact with the icons, but the app model doesn’t work nearly as well when I have to memorize verbal commands. To make matters worse, the Amazon skills directory is flooded with confusing and poor-quality options. Now, my Alexa device gets more use erroneously responding to dialog on TV shows than accurately responding to my wife’s or my commands.

Exception to the Rule: My One Successful New Device

The one exception to my expensive purchase-and-abandon habit has been my Amazon Fire TV Stick. The inexpensive device was easy to setup, the voice commands work well, it is intuitive to use, and I find this is the one new device that is getting regular and ongoing usage. Amazon Studio’s “Man in the High Castle” is the current binge-watching fascination in our household, and the Fire TV Stick has become my go-to method for interacting with Netflix and Spotify.

So why does this one work where others disappointed?

Getting Customer Experience Right Is More Important Than Being First

All of those products I abandoned will someday (probably) succeed in some form. Smartwatches and fitness bands will combine and get everything right, providing style, ease, and functionality, while perhaps replacing your bulky smartphone. (Calling Dick Tracey!) Voice-activated virtual personal assistants will bring us closer to invisible, always-on, personalized tech, hopefully more like J.A.R.V.I.S. in Avengers than HAL 9000 in 2001: A Space Odyssey. And VR, along with its cousin AR, will someday attract more users and adoption with better hardware, great software and the right mix of content.

We’ve all gotten so used to the rapid adoption of software that we forget how long it can take for hardware to:

We’re all so eager for speed, agility, and change that we often forget that first-mover advantage is won not by the first to do something but the first to get it right. Beta beat VHS to market. Friendster beat Myspace beat Facebook in social networking. And Amazon was hardly the first e-commerce site on the Web.

Getting customer experience right is even more important in hardware than in software or websites–and also a lot tougher. People forget that Apple Newton crashed and burned fourteen years before the Apple iPhone revolutionized the mobile device market. In 2002, clunky Microsoft tablets were launched and failed, followed 8 years later by the iPad. The PC era got underway in 1977 with the launch of Commodore PET, Apple II and the TRS-80, but it would take another 23 years before more powerful and less expensive hardware (plus people’s desire to access the Internet) would result in PCs making their way into more than half of American households.

Part of the reason for hardware’s long road to adoption is that iteration is tough–while Facebook can push an app update to our phones every week, Apple launches a major new iPhone iteration every two years, and most consumers wait even longer to replace their existing models. The “Fail fast, fail often” mantra may work for software when a developer can push a new update a day later, but one look at Samsung’s Note 7 troubles, which could cost the firm $17 billion, illustrates the different situation facing hardware makers.

Today’s newest and most hyped hardware and devices have a long road ahead. The Pebble smartwatch went from buzzworthy crowdsource success to a troubled acquisition in less than four years. The Internet of Things (IoT) and smart homes continue to make headlines, but a PwC study recently found that while 81% of consumers are aware of smart homes, only 26% want one. Five or six years ago, experts were forecasting a neverending straight line of adoption for tablets, yet tablet sales plateaued in 2012 in the face of more functional convertible laptops and smartphones with larger screens. And the promising future of ebooks is looking a lot less rosy with sales dropping in 2015 and 2016.

The next time you hear someone make a confident prediction about how a new generation of hardware or devices will change the world, keep in mind the lengthy journey ahead to get the customer experience right for the right price and adopted by a significant number of people. And whether you’re in the business of producing new hardware, developing new products or managing a brand, take a lesson from the experience of brands from Palm to Blackberry to Compaq to Flip Video: The key to success isn’t to be first but to be first with the right customer experience and then maintain that advantage in a rapidly evolving consumer landscape.