When Chinese regulators announced an antitrust investigation into Alibaba in December 2020, changes to the country’s largest internet platforms such as WeChat and Tmall suddenly became plausible. Now, cracks in the “walled gardens” are beginning to show.

Currently, a few walled gardens dominate China’s internet. They frequently ban links to each other, and build competing services like livestream. Now, shortly after regulators levied a $2.8 billion fine on Alibaba, the internet giants are taking unprecedented steps to meld their platforms. 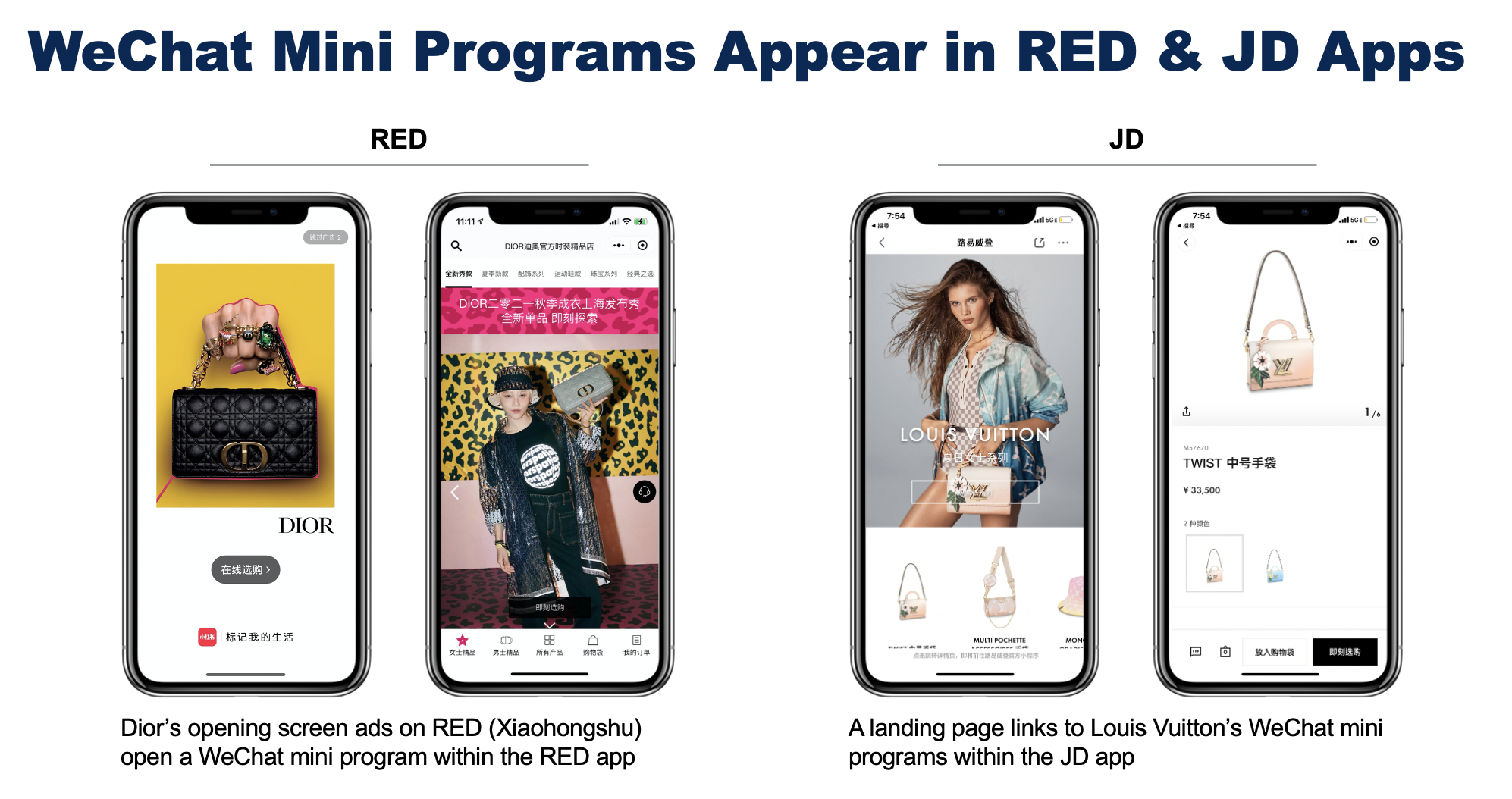 By offering WeChat mini programs on JD, Louis Vuitton instantly established a leading, brand-owned commerce presence on a new channel. JD, RED and other platforms could become strong competitors to Tmall for online luxury retail. If WeChat mini programs continue their expansion into other walled gardens, they could even challenge websites as the mobile internet standard.

Alibaba, too, is opening up its walled garden. Its grocery unit Hema launched a mini program store on WeChat, a major foray onto Tencent’s platform. It also integrated its DingTalk corporate IM platform with WeChat.

Unforeseen a year ago, China’s walled gardens are quickly taking big steps toward integration. Changes pose both an opportunity and a threat for business leaders reliant on China. They must prepare for changing consumer expectations in the new landscape or risk falling behind. They should not underestimate the speed with which China’s internet can transform.

Learn about the B2B and B2C brands that stand out...

Learn how marketing leaders can optimize digital commerce to address...