Want to hear a penetration testing joke? No, not this one: 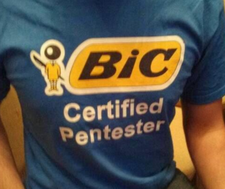 Q: Do you need a pentest done?

A: Not sure … will it make us secure?

On a more serious note, the biggest challenge with tests of anything is of course how you act on the results. It seems that any pentester worth his … ahem … his pen … has seen clients who simply file their reports, and then do nothing until the next year’s test. Guess what the test typically reveals next year? Oh, the mysteries of the Universe … or at least the same mysteries as last year :–)

As we explore the breach and attack simulation (BAS) [sometimes also called threat simulation] tools and ponder broader questions around testing security posture, we encounter mysteries related to acting on the findings of simulations and tests.

For example, lets imagine you used a shiny new BAS tool and it revealed that one can utilize an ICMP tunneling to exfiltrate a file out of your network, without you noticing. Let’s assume this happened despite the fact that you have configured available security tools (firewall, NTA, DLP, etc) in an optimal manner (whatever that means…but let’s not dwell on this here).

Indeed, it may be that testing is [relatively] easy, but deciding what to do is hard. BTW, if you recall, some of the same logic applies to threat intel: you may get an advance warning, but can you act on it, do you have the capability or agility to quickly build such capability to act? After all “intelligence does not win wars”…