Have you ever read NIST 800-3 (!) document called “Establishing an Incident Response Capability”? It was published in … 1991! Some of the CERT/CC guidance on computer incident response (IR) goes straight back to that Morris Worm era (1988). The books that you see on the right, serving as my impromptu monitor stand, have been published since the mid-1990s. There is a lot of security incident response wisdom accumulated over the years. CERT/CC, SANS, NIST, FIRST, ISO – as well as  analysts  and independent consultants – produced piles of content on how to respond to security incidents. 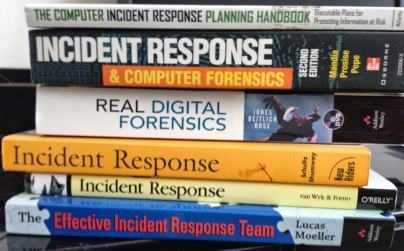 But how much of it is relevant for you today?

To think about this systematically, let’s try to list some of the forces that affect how we respond to security incidents today:

Anything else you want to add? How has YOUR incident response practice changed in the last few years?

P.S. I am going to be using incident response (IR) and incident handling (IH) as synonyms, but will separate computer forensics out (of course!). Anybody got a problem with that?