So why all the hype in the first place?

If AI is so inaccurate as a label then why did the term artificial intelligence catch on? And how did that spawn all those other cool terms? The answer to these questions is that AI is similar to magic. “How did the magician make the rabbit disappear?“ As we know, the magician didn’t make the rabbit disappear. It just seemed as if the rabbit vanished to those who are unfamiliar with the mechanics of the performance. The same exact thing applies to artificial intelligence. Events like Watson beating Jeopardy champions and AlphaGo defeating the Go world champion seem like magic to most and helps feed the AI hype.

Computers using AI appear intelligent to those who are unfamiliar with the mechanics of AI.

By far, most people don’t understand how AI machine learning really works. So they can easily make a mental leap to imagining a world where people are completely replaced by machines. AlphaGo made unexpected moves in its highly publicized competition with the South Korean Go champion Lee Se-dol. Announcers immediately began talking about the software being creative, inventive, or genius. When, in fact, it was executing mathematical equations and acting on resulting probabilities. Don’t get me wrong, the technology behind AlphaGo was awesome. But it is so very far from human creativity, inventiveness and genius that the use of the words is highly misleading.

This lack of understanding feeds the obsession. Let’s look back at the industrial revolution or almost any big historical technology breakthrough. They were primarily mechanical. People could readily see the limitations of the technology. People could see and understand how a cotton gin worked. They knew it would have a major impact on that particular job. But they also didn’t think that cotton gins were going to threaten human dominance. However, AI is higher math and computer code, both of which are hidden and a mystery to the vast majority of people. 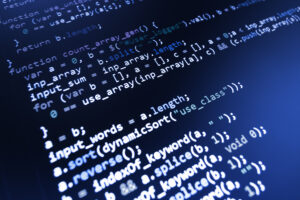 AlphaGo is similar to the cotton gin in that it was built for one specific job. It can play the game of Go under a very strict set of rules. I heard one ML expert clearly articulate this specificity with the following comment (paraphrased). “If you made a small change to the Go rules like altering the shape of the board, the AlphaGo program would be lost.” It would no longer be able to play. But any human who knows how to play Go could still play the game after changing the shape of the board from say, a square to a circle or a diamond.

The marketing power of AI is a double edged sword. Overhyped AI gains attention but in practicality is destructive to AI advancement. Here are my reasons behind this statement.

Again, this can lead to slower adoption and even sociopolitical fear and government regulation that will stifle progress. There are real concerns over the appropriate and ethical use of AI/machine learning but AI eliminating the need for humans is not one of them.

This can lead to misplaced efforts to automate humans out of the process. It also stokes fears of machines replacing people rather than exploring the tremendous benefits of combining the two. In reality, human intelligence and machine intelligence are very complimentary.

Business leaders must inject realism into all the artificial intelligence hype to make informed and effective decisions. The hype also masks the challenges in succeeding with AI. Getting meaningful artificial intelligence right is very difficult. It is very easy to go wrong. Currently, the majority of AI efforts fail to achieve targeted business success. Most don’t make it out of the test or pilot phase into production. What this means is that the opportunities are still ahead for all of us.