What do you envision of when you think of a Crowd? I think of a place with the bustling energy of people moving to and fro in a flurry of activity. Either somewhat synchronized like a New York City street during pedestrian rush hour or apparent pandemonium like 7:00 AM at Tsukiji Tokyo, the largest fish market in the world. It is hard to imagine a crowd without activity (picture is one I took at Fiesta in San Antonio so no copyright issues here). 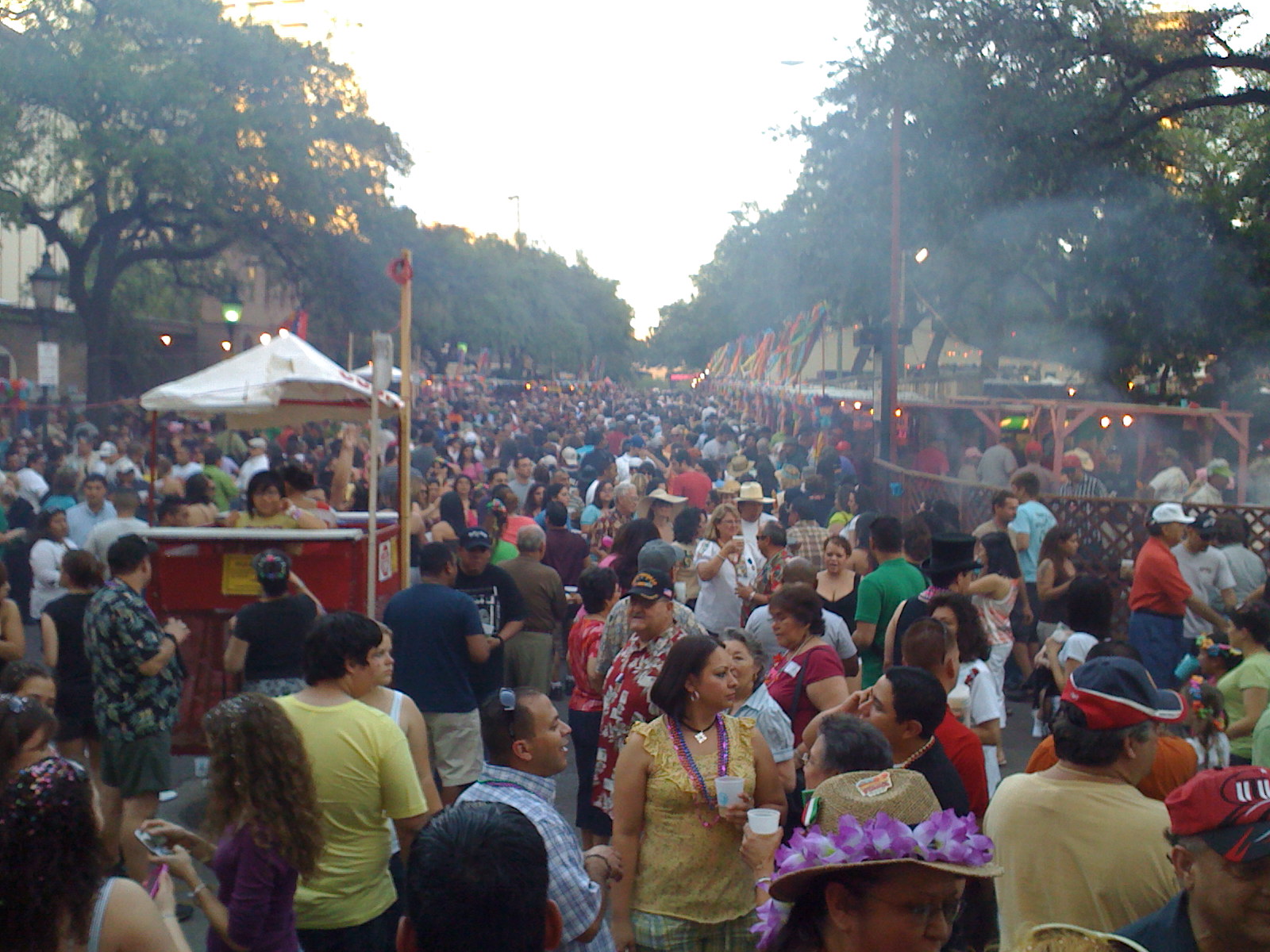 First, I addressed the missing crowds from investing in my last post  since, at least in the US, you need to be an accredited investor (about 1% of the population) to participate (at least until title III of the Jobs act of 2012 is enacted). I won’t belabor that point now. Some return-based sites actually require you to be authorized or accepted to invest. You “apply” and they will contact you, I guess, if you are worthy. This is not crowdfunding. It might be some alternative to or extension of the traditional angel or VC model, even a good one, but it isn’t crowdfunding. Also, if your minimum investment is $1000.00 (most I’ve seen are $10,000) you are not attracting the crowd.
Even those Marquis donation/reward sites like Kickstarter and Indiegogo do a poor job at exposing busting activity. How many people are on-line now? How many opportunities are being explored right now? What are they doing/what are they funding? The closest they get to is what funding opportunities that are “hot” or “trending” and even then I don’t know the freshness of this categorization. On most crowdfunding sites I feel like I’m the only one there. A crowd of one?

Second, if your environment has fewer than 50 open opportunities, as many, many do, I’m not sure how it is considered a crowd. And if the site like Wefunder and AngelList “hand selects” a few highly vetted funding opportunities and controls the investment fund then again, it is not crowdfunding. I repeat, it might be some alternative to or extension of the traditional angel or VC model, even a good one, but it isn’t crowdfunding. Vet to make sure it is a real person with a real opportunity but let the crowd figure out the rest. The donation/reward-based sites are generally better at this but some of them like GoFundMe, Kapipal and Tilt don’t expose opportunities to the masses. Instead it is up to the fundraiser to bring the opportunity to their network. Again, this can be an effective approach but it is not crowdfunding. Call it groupfunding (I think this is what tilt calls it), friendfunding or networkfunding if you like but it is a different model. A crowdfunding site brings the crowd to the opportunity and the opportunity to the crowd.

Third, get the crowds involved in vetting and advancing the opportunities. Open comments is not enough (though many don’t even offer that). This is the “wisdom of the crowds” aspect which is sorely missing from crowdfunding. I have yet to see a single one that aggregates crowd feedback into a collective judgment of the crowds. No point system, star system, rating system or other way to segregate opportunities that have crowd support from those that don’t. Please point me to one that you’ve seen. One of the biggest benefits of crowdfunding is actually seeing if the masses, and often the actual market itself, is really interested in the idea.

It may seem that I’m being overly picky and selective in what is and what is not crowdfunding… but I have reasons. Some of these other models like friendfunding might be cool or interesting but they are not transformational (except maybe for the site founders). They are convenient. We have been asking for and collecting money from friends and family for a variety of reasons for a very long time. This just makes it easier.   And tweaks to our current startup funding models might be improvements but they are not transformational. Additionally, building and participating in a true crowdfunding environment is very different than these other models.

Always open to your thoughts.