There has been a ton of hype lately over “NaaS” (Network as a Service). Enterprises generally like the notion of a flexible, consumption-based networking model regardless of user or application location (very cloud-like). However, we’ve seen things marketed as NaaS that range from (basically) hardware leasing all the way to a true aaS offering.

Definition: NaaS is a delivery model for networking products. NaaS offerings deliver network functionality as a service, which include the following capabilities:

NaaS offerings may include elements such as network switches, routers, gateways and firewalls. 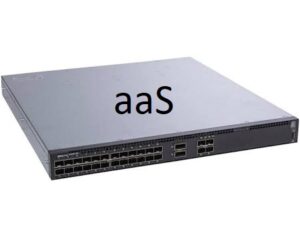 True NaaS offerings offer some great advantages, but there is no evidence that buyers will pay less for NaaS. In addition, enterprises entering into NaaS agreements relinquish substantial control over their network design and face full replacement of NaaS components upon early or end of term based exit events. So exert caution with NaaS at this emerging market stage. Avoid NaaS offers if you want to retain network design control or prefer to sweat assets (and instead smooth spending via financial leasing). Choose NaaS to achieve operational, lease-based network spending when this is your primary goal and have a predictable consumption pattern.