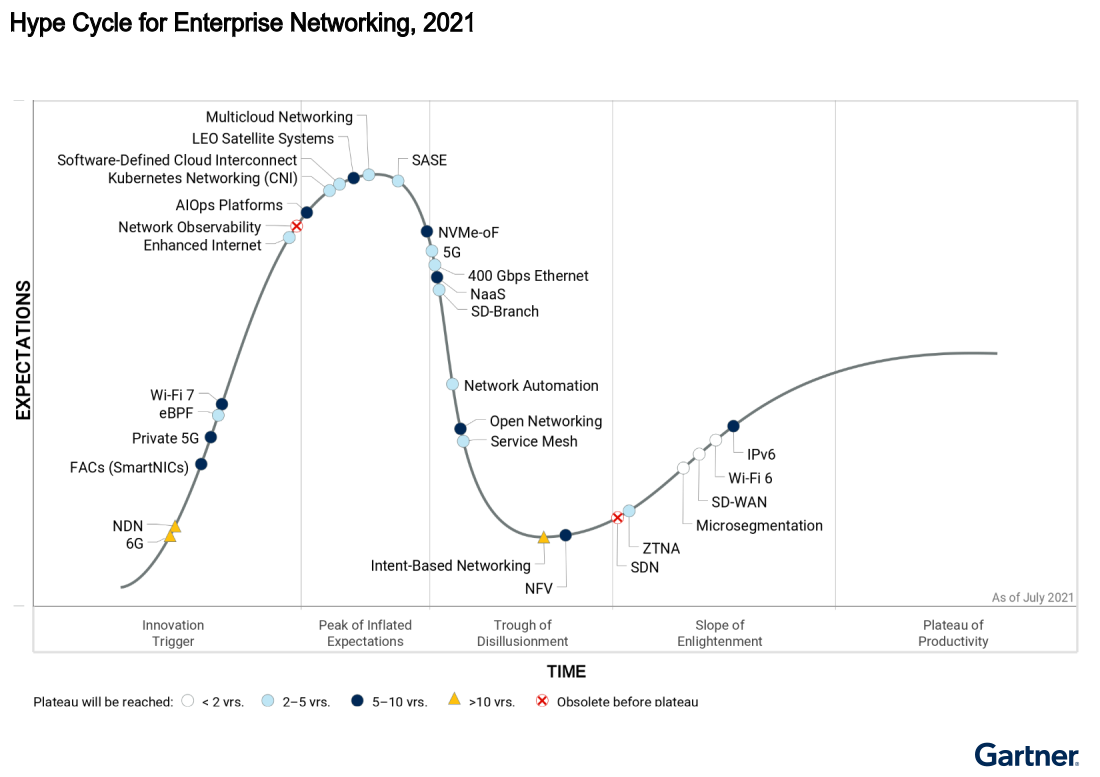 In case you’re wondering how we pick the 30, we compile a “hype index” that measures the overall hype associated with specific networking technologies. This hype index was a composite metric that included client interest (inquiry and search), Google trends, articles in popular periodicals, analyst opinion and social media impressions.

For each hyped technology, we define and analyze the value to enterprises, level of adoption and anticipated rate of future growth. Rouhly 1/3 of the technologies covered in this Hype Cycle have changed from 2020, including six in this Hype Cycle for the first time: 6G, private 5G, eBPF, AIOps, network observability and NaaS. Several technologies are at peak hype, including network observability, SDCI, Kubernetes CNI, multicloud networking, 5G and SASE. A few random thoughts on some of these (i.e., snippets from the report)…