Every year around this time, a ton of pundits make predictions. Some of them are good, some funny, while others… not so much. I’m not a huge predictions guy, but recognize there is solid value in making them. Gartner does publish official predictions across multiple technology areas (including networking) every year.

However, the point today is to check-in on a previous prediction, because it seems that very few people actually do that (Kudos to those of you that do). About 14 months ago, we predicted that By 2020, only 30% of network operations teams will use the command line interface (CLI) as their primary interface, down from 85% at YE16.  So basically after a ~20 year run as the primary interface, we were predicting a pretty dramatic drop-off in 37 months.

So, to check-in… The survey results below are based on audience polling from a recent Gartner conference, so note it is a biased and small sample size, but this does match what we’re hearing from clients. Things have improved versus last year (or maybe just gotten “less bad”) when CLI usage was easily in the 80-90% range. 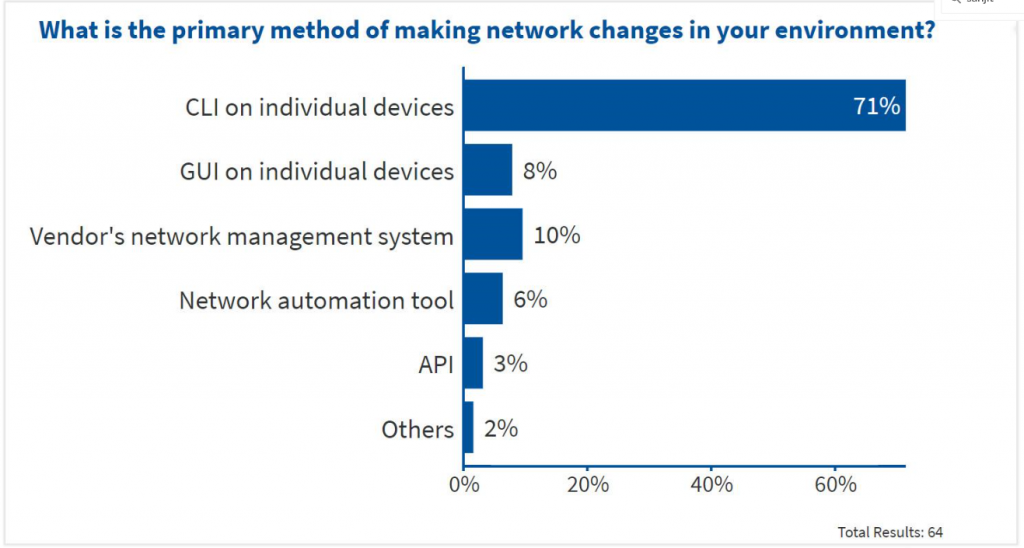 However, the real kicker is that when we asked folks where they plan to make the most strategic networking investments in 2018, “network automation” won by a landslide with 49% (n=129).  Other options included cloud-managed LANs, Ethernet Fabrics, Service Provider On-Demand services, Intent-based networking, SDWAN/vCPE, SDN/Overlays and NFV (basically all the hot buzzwords) but none of these received more than 16% of the votes. This is a very good thing, because while we still have a long way to go as an industry, this indicates the mainstream is finally starting to prioritize network automation. I believe we can get still get to the point where the CLI is not the primary interface within 23 months (so you’re saying there’s a chance). 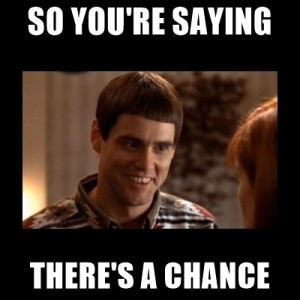 This would be great for our industry because (among other benefits), automation leads to faster delivery of services, scales better with growth, reduces outages, and allows folks to move away from tedious lower-level tasks.