There’s always a “next big thing” in networking…. Five years ago, it was Ethernet Fabrics in the data center, then came SDN, and currently it is SD-WAN.  As SD-WAN adoption grows and shifts from bleeding to leading edge, the next big thing on the networking horizon promises to be …. wait for it … Intent-based Networking. 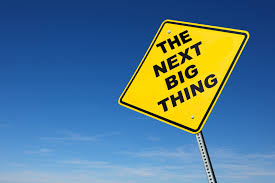 Intent-based networking is not a product, or a market. Instead, it is a piece of networking software that helps to plan, design and implement/operate networks that can improve network availability and agility.  Another way to describe it would be lifecycle management software for networking infrastructure. We just published research on the topic, and put forth our definition of what an Intent-based networking system incorporates, which are four key things:

There will be products that address some of these components, and other products that address all of them.  Right now, it is very early days and Intent-based networking will not be mainstream for several years, but solutions are now emerging that provide value in enterprise. Startups like Apstra, Forward Networks, Waltz and Veriflow are doing some cool stuff and driving innovation, but incumbent networking vendors are working on this also.  In the research, we talk about the pros/cons of the technology and why, when, and how to get started, along with some predictions about adoption.

Summary: Intent-based networking is nascent, but could be the next big thing in networking, as it promises to improve network availability and agility, which are key as organizations transition to digital business. I&O leaders responsible for networking need to determine if and when to pilot this technology.