The Internet just got punched in the face

This is a guest blog from Bob Gill

Every so often, an event occurs to remind us that the Internet is open to anyone (almost), owned and controlled by no one, and an invaluable resource that we have to assume will be something less than what we hope, when we least expect it. 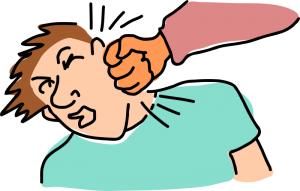 What happened? In short, a well designed and implemented DDOS attack was able to overwhelm DNS, one of the key infrastructure pieces of the Internet. DYN, a DNS provider was a target of an attack based on the Mirai botnet, apparently exploiting the weaknesses in security of IoT devices, such as WebCams, allowing them to be hijacked and turned into originators of DNS requests. In short, a large number of devices were coordinated to create volumetric traffic loads and overwhelm managed DNS services from DYN.

It Can Happen to the Big Guys… The prevailing notion is that providers who are specialists with expertise in DNS, possess significant technical and personnel resources  (i.e., bandwidth, protection, monitoring, etc.), are far more capable, secure, resilient, and lower cost than implementing DNS on your own. In short, people go to DNS providers like DYN to ensure resiliency and high-performance.

Does this mean Managed DNS proposes a greater security or resiliency risk?  Is concentration bad? One question that arises is whether using a cloud-based “DNS as a Service” solution in the first place exposes enterprises to risk due to their being an attractive target. Many attractive eggs in one basket.  It is important to note that DYN had DDOS countermeasures in place, a geographically distributed set of servers, and the expertise to fight off a DDOS attack (which they did). If an enterprise or commercial website were to be attacked with the volume and speed of last Friday’s attack, it is highly unlikely they would have been able to respond anywhere nearly as quickly or effectively. Just as viruses continue to infect computers, dark forces will continue to probe at and impact the Internet. It is likely that any DNS provider facing the same attack would have been affected.

One the bright side, the DNS provider community collaborated and cooperated with DYN and all are likely to have learned new and valuable lessons about vulnerabilities.

So what do we do?  In watching the attacks unfold last Friday, it was fascinating to monitor which sites were affected, but then came back online within 15 minutes. The implication here is that these sites were affected by DYN’s attack, but had secondary DNS options in place.  In an interconnected world, where many resources meet on the commons, there will always be malefactors.  Just as we get used to computer viruses and terrorism by slightly altering our routines and implementing new ones, this attack just shows the value of planning for disruption in an interconnected world.  If we are talking about cloud resources, we accept that we should use multiple availability zones, and or write resilience into our application stack.  If we are talking about networking, it’s usually best practices to have a redundant path.  In the world of managed DNS, this just highlights the wisdom of having a dual source strategy.  How that is to be implemented is the subject of upcoming research.  In the interim, here are some best practices regarding external DNS:

If External DNS Fails, So Does Your Digital Business, http://www.gartner.com/document/3118119

Blockchain is early in its development, and long-term investments can be risky. Security and risk management leaders must temper the hype with effective risk-mitigation techniques.