Network outages have been in the news quite a bit lately, including Delta and Southwest (to the tune of $54 million) and last year it was NYSE, United and the WSJ.  We have research in the 2017 pipeline on avoiding network outages, but in the interim, here is a lighter take on network outages described via 1980s songs… 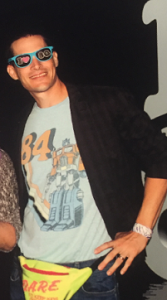 PS – We will be publishing research on OpenStack Networking soon, because many network teams are not doing a happy “Neutron Dance“.