At a recent Gartner event, several colleagues were discussing the first networks we worked on. Coincidentally, well-known network blogger Ivan Pepelnjak blogged about the first computer network he worked on. So this inspired me to get some of this written down…

Andrew Lerner/ My first network was… back around the time of Chumbawamba, we were upgrading the WAN for a large federal government agency.  It was an IT Modernization effort moving from Banyan Vines running over X.25 to Lotus Notes over TCP/IP on Frame Relay.  I learned more about X.121 and DLCIs then you’ll ever need and racked up a ton of frequent flier miles doing international installs.  Things I learned 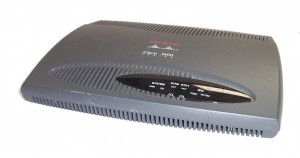 Thirty years later, the world looks remarkably similar (+1 from me).

Network Manager from the Retail Industry/ My first network was…in the Late 1990s, working on a regional hospital network which included 10mbps Ethernet, IBM token ring and a 128kbps ISDN BRI Internet line.  The network ran IPX, TCP/IP, AppleTalk and DECNet.  The hardware  included switches from four different vendors and the  routing protocol was RIP. As you might expect, it was problematic and offered me a great opportunity to learn.  My take:  A far-too-common, but good example of network incrementalism and accrual of technical debt (fragility).

Director at a VAR, focused on Federal Government/ My first network was…a government network in the 1990s, supporting the usual office applications, Microsoft servers, 500+- users, WAN and MAN connectivity including microwave , Novell Groupwise (you get the idea).  The average user login would take 15-17 minutes (yes, minutes). Thus, employees couldn’t do anything and it had been up and running for about 1.5 years and it was just horrendous!  They’d come in to the office, put their stuff down, log in, and leave for a half hour (plenty of time to discuss the prior night’s episode of Roseanne or Home Improvement). Within minutes, I started troubleshooting (at Layer 1, where else) and reached behind the desk and grabbed what felt like telephone wire.  Dropped that cable and fished around for the network cable, but turns out that was the network cable.  It was Cat3 and it was about 35′ long.  My next question, “are you guys running any of the Novell protocols, IPX, Novell print services on your network?”.  Their answer, “we don’t know“.  Long story short, we removed miles and miles of Cat3, turned off all of the un-necessary chatty Novell protocols, fixed a few hundred duplex mismatches on their equipment and things started to look up. A few weeks later, a lady from cube-land kicked the conference room door open and shouted. “Who did this to the network?”  I was sure that we were going to get fired on the spot, but quite the opposite – She was blown away.  The average login time went from 17 minutes down to about 5 seconds. What I learned that still applies today:

Thoughts on My First Network…