OpenStack continues to creep into more of my conversations with Gartner clients. We are planning to publish on this topic soon, but I wanted to revisit the topic (briefly) since it is becoming more mainstream now.  So here is a Q&A with one of our analysts who follows OpenStack closely, Dennis Smith, which follows-on from a post in 2014 (OpenStack 101 for Network Folks), .

Q –> What’s the state of OpenStack in the enterprise? Is it still a science project? Or are people really using it?

A –> While it continues to progress (i.e., more functionality, better vendor packaging, and more enterprise success stories) we still track hundreds and not thousands of production implementations.  (My comment:  I’ve always liked that OpenStack publishes a list of folks running it.)

Q –> I assume that most enterprise are consuming OpenStack via a commercialized vendor or distribution?  Is that correct and who are the most oft-mentioned commercial providers?

A –> Correct, even enterprises that initially went the trunk route often find that their long-term requirements are addressed better by a commercialized vendor offering.  Vendors often mentioned include Mirantis and Red Hat around packaged distributions and Rackspace, Cisco and IBM in the managed services or more turnkey areas.

Q –> Are people doing anything special for OpenStack networking?

A –> OpenStack’s networking history has had an interesting ride. Up to a year or so ago, many enterprises that attempted to do large complex deployments faced many challenges, which has slowed OpenStack adoption. Many commercial vendors have begun to address this and we are now starting to see some enterprises do more clever things in the networking area.

Q –> I always hear that OpenStack is a plugin model.  What exactly does that mean (in layman’s terms)?

A –> That means that it is extensible allowing (through APIs) the addition of other networking features.  These features need not be related to each other (e.g., from different vendors).   It is analogous to allowing the network engineer to build the sandwich that he/she wants (plugging in / adding the various components) and not settle for the boxed lunch that a vendor might offer.  Most networking vendors offer such OpenStack plug-ins. (My comment:  This is a BYO network software model.)

Q –> I always hear that the default network OpenStack capability (neutron) does not scale well in the enterprise? Is that true?

A –> Yes, the main complaint that I have heard is scale.  Many clients ran into issues as they scaled their deployments. (My comment:  Dennis is being nice here…nearly every implementation of OpenStack that I’ve run across – beyond a single rack – does not use the default).

Q –> What’s the one thing that an enterprise network engineer should know about OpenStack?

A –> As in often the case with other private cloud deployments, anticipate networking being the “longest pole in the tent” with OpenStack as the other infrastructure components (compute and storage) are further along the maturity curve. (My comment: The network is coming around, although there is always room for improvement.) 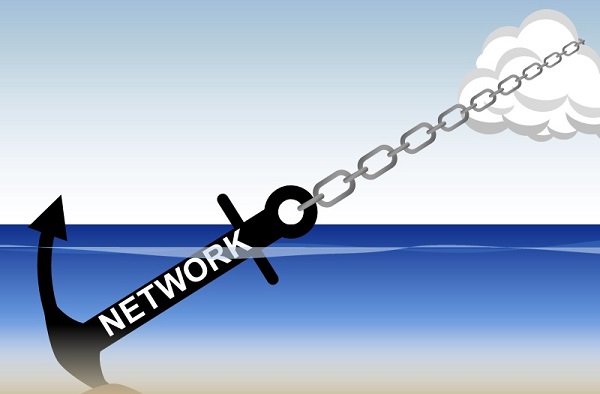 Side Note:  Did you know that Gartner does not consider OpenStack a CMP?

OpenStack Is Not a Cloud Management Platform

Summary; Many I&O leaders are confused about the differences between a cloud management platform and OpenStack. While the differences were clearer in the past, with each new OpenStack release, it becomes a less obvious distinction.